Dunwoody's Casey Blum (10) battles for the face off vs. North Atlanta. Blum and his Wildcat teammates take on No. 5 Harrison in the first round of the Class [...]

Dunwoody's Zach Rosing scored six goals, including two in the final three minutes, to lead the Wildcats to an 8-6 Area 6A/7A victory over North Atlanta at Avondale Stadium [...]

Dunwoody Lacrosse Seniors Excelled on and off the Field

Dunwoody lacrosse seniors (l-r) Sean Fox and Phoebe Ringers give back to the community in more than athletics. Over the last four years Dunwoody senior lacrosse players Sean [...]

The Southwest DeKalb Lady Panthers made history heading into the state playoffs as the first all-African American girls' team to reach state. (courtesy photo) Lacrosse is growing in [...]

Dunwoody's Sadie Cramer (27) moves up the field against a North Springs defender. (Photo by Mark Brock) Senior night for the Dunwoody lacrosse teams was a big success [...]

Dunwoody's Sean Fox cuts towards the goal on the way to one of his three scores in the 9-5 victory over the Parkview Panthers. (Photo by Mark Brock) [...]

Vikings Even Record with 11-0 Victory over Panthers

Dunwoody's Sean Fox (16) works against Chamblee defender Bart Turney during the Wildcats' 17-5 win in the first meeting of the two teams. (Photo by Mark Brock) The [...]

Dunwoody Lacrosse Teams Fall in First Round of State Playoffs

Dunwoody's Jenna Hogan wins a face off during regular season action. (Photo by Mark Brock) The Dunwoody girls’ and boys’ lacrosse teams made history as the first DeKalb [...]

Southwest DeKalb's Javon Harris-Matthews chases down the ball during double-overtime win against Druid Hills. Harris-Matthews scored his fifth goal of the game in the second overtime to make the [...]

Druid Hills' Willie Jordan (left) and Lakeside's James Jackson (right) battle each other for a ground ball. (Photo by Mark Brock) A budding lacrosse rivalry could be building [...] 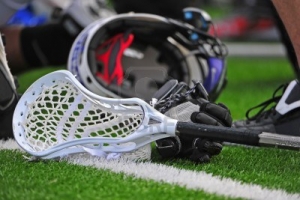 Lacrosse enters its third season as a sport in DeKalb County with the number of teams competing on the rise.

The sport joined 14 other competitive athletic activities that fall under directionof the DeKalb County School District Athletics Department in the spring of 2012.

Look to see Lakeside, Chamblee, Tucker, Arabia Mountain, Stephenson and Tucker to join in the competition in the near future.

2022 (All Schedules Are Subject to Change. Please Check with Team/School to Confirm)