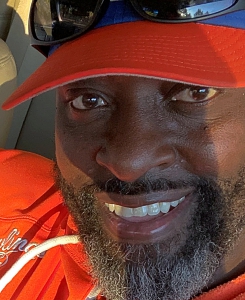 Dion Williams set to be inducted into the Georgia Dugout Hall of Fame.

Former McNair High School baseball coach Dion Williams had a surprise phone call recently notifying him of his selection for the Georgia Dugout Club Hall of Fame class for 2021.

“Honestly it was a surprise after all these years to get that phone call,” said Williams who coached McNair from 1990-2000. “It really did not resonate with me until a few days later. It is still surreal for me.”

“I saw it as an opportunity to help kids,” said Williams. “It was not for the money or recognition, but for the love of the game and helping a school that parents were taking their kids away from and putting in other programs.”

This meant an investment in the community and a lot of work over the years outside of just coaching baseball for Williams.

Gresham Park was a key to building at McNair for Williams and he made it point to go to the park and watch the players and build the relationships needed to build a program.

“We had to figure out a way to bring kids back to McNair from other schools and from the park,” said Williams. “Identifying them and their play at the park helped build those relationships and trust that we would take care of the players. We were going to compete, and failure was not an option.”

Three years into his coaching career at McNair the Mustangs made the Class 4A state playoffs only to lose that first round matchup with Parkview. A return to state in 1995 was another first round loss to Lassiter, but the program was beginning to get some recognition as a tough team to have to play.

“Once we got things rolling it got easier to keep the kids at McNair,” said Williams. “They wanted to stay and play for their home school.”

The school’s only baseball playoff series win came in 1996 as the Mustangs knocked off North Cobb 7-1 and 5-0 to advance to the second round. Walton ended the run in the second round with a 2-0 series defeat for the Mustangs, but McNair would enter the next season ranked No. 1 in the state. McNair was a McNair best 26-6 in 1996 and followed up with a 23-8 mark in 1997. 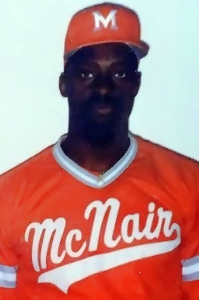 Dion Williams back in his day as the McNair Mustangs baseball coach.

“That No. 1 ranking was a matter of pride for the kids and the school,” said Williams. “We held that ranking for 12 or 13 weeks and despite a first-round loss in the playoffs finished in the Top 10.”

While winning 20 or more games four times in 11 seasons, Williams was also preparing his players for life after high school. Twenty-seven of his players signed college scholarships to continue their educations and nine signed Major League Baseball free agent contracts.

“Getting this award was due to the hard work by the players and the Gresham Park community,” said Williams. “McNair will always be home.”

Williams and the rest of the class will be inducted in a ceremony on December 10 at 1:00 pm at the Renaissance Atlanta Waverly Hotel & Convention Center near the Galleria.