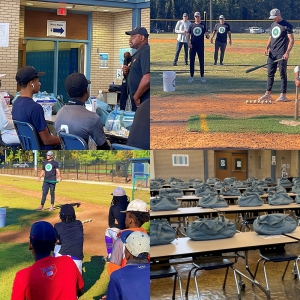 After enjoying the instruction and interaction with the group of Major Leaguers, the players moved on to the life skills part of the agenda led by some inspiring words from Grissom as he talked about improving yourself outside of baseball.

The players were also treated to a lunch from Zaxby’s and received gift bags compliments of Jet Sports Agency.