Tillery’s Give Back Attitude Earns Wrestling Hall of Fame Honors 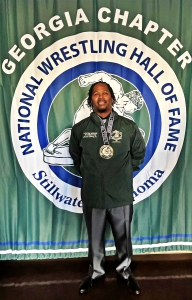 Jerome Tillery returned to DeKalb County in 1988 with the purpose of giving back to his wrestling community and 33 years later on April 22 of this year he was inducted to the Georgia Chapter of the National Wrestling Hall of Fame.

The 1983 Towers High graduate was surprised when he opened a letter earlier this year which informed him of the honor.

“The selection was very surprising,” said Tillery, the current wrestling coach at Stone Mountain High. “It is rare to be chosen and I was very excited to be elected.”

Tillery became the third coach from DeKalb to earn the honor including the late William “Bill” Venable (Walker/Tucker) and Ed Winterstein (Dunwoody/Chamblee). He was also the third African American honored in Georgia.

Longtime friend Bud Hannibal, the current President of the Georgia Wrestling Association and a former wrestling referee, nominated Tillery for the honor.

“I’ve known Bud from when he was a referee back in 1988 when I was a community coach at Towers,” said Tillery. “He’s kept up with me all those years. I’m honored he nominated me.”

Tillery was a GHSA Class 3A state runner-up (105) at Towers and went on to wrestle two seasons at Pembroke State in North Carolina.

After giving back to his alma mater for two years, Tillery directed and coached the Stone Mountain Youth Wrestling Program and then formed his own Tillery DeKalb Youth Wrestling program he directed for five years while also serving as a coach for the Georgia USA National Team.

Tillery returned to high school coaching in 1997-98 with stints at Southwest DeKalb, McNair (twice), Redan (twice), Stephenson before taking the lead at Stone Mountain in 2018.

During his time coaching high school wrestling he has had at least one wrestler go to college or the military through wrestling and part of that is his emphasis on performing in the classroom as well.

“Getting an education is very important for the athletes,” said Tillery. “Whatever they want to do in life it can help them prepare and if they want to be able to return and coach, they have to complete their education. I’m very adamant about keeping their grades up.” 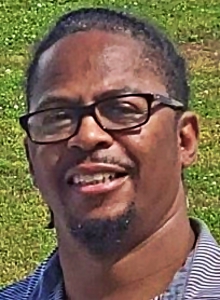 One of the requirements for Tillery’s team is to make A’s and B’s if a wrestler wants to be a team captain. Tillery says you must be a leader in the classroom as well as on the mat.

“It is amazing how many will strive to get the grades to have the opportunity to be team captain,” said Tillery.

Tillery recognizes wrestling as a team sport but also says how good an individual or team becomes depends on the individual’s desire to perform and develop every day.

“Kids want to be part of something special as a team and an individual,” said Tillery. “Wrestling can teach life lessons about falling and getting back up again. If you can be successful on the mat, you can do anything you want in life.”

Tillery has been part of 12 region championship teams and six DeKalb County championships during his coaching career.

The coaching veteran is part of a family tradition in DeKalb County wrestling dating back to his oldest brother Willie at Gordon in 1972. Three other brothers (Anthony, Ricky and Ramone) were also former DeKalb wrestlers. Ramone currently coaches at McNair.

Tillery’s son Jerun was also a DeKalb wrestler and passed away due to a car accident over 12 years ago. DeKalb honored him by annually giving away the Jerun Tillery Memorial Award for Best Match of the DeKalb County Championships to two wrestlers.

He also became a driving force in starting the DeKalb Middle School wrestling programs in DeKalb.

“I’m very got we got the middle schools going as it will help us get kids started earlier instead of waiting until they get to high school,” said Tillery. “It should really help in the improved development of DeKalb County wrestling programs.”

Tillery currently resides in Covington with his wife Sherlyn. He has two other children in Jerome Jr. and Shelsea.

“DeKalb Schools helped me a lot growing up,” said Tillery. “Developing DeKalb kids in wrestling and in life is more important than going somewhere else to coach.”