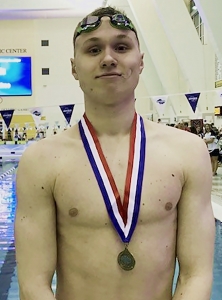 Dunwoody’s Grant Allison took gold in the 100-yard freestyle at the Class 6A state swim meet. It was DeKalb’s first boys’ individual gold since 2016.

The Wildcats finished fifth overall in the boys’ standings with 219 points behind the performance of Grant Allison in the 50-yard and 100-yard freestyle events.

Allison captured gold in the 100 freestyle with a time of 45.29 bringing home the first boys’ individual gold for DeKalb since 2016 when Chamblee’s John Mitchell swept the 50 and 100 freestyle events. Allison also contributed a silver medal finish in the 50 freestyle (20.82).

The Wildcats total was also aided by a bronze medal via Parker Bragg’s third place finish in the 100-yard backstroke (51.82). 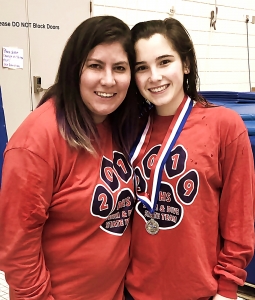 Lauren Davis and Ainsley Jones led the way with a pair of silver medal performances for Dunwoody.

Davis finished second in the one-meter diving for the second consecutive year with a total of 562.60 which broke the previous pool record at the time.

Tucker finished 19th overall in the girls’ standings with 15 points led by an eighth place finish by Marguerite Sesti in the 100-yard breaststroke (1:08.38).

See the complete DCSD State Swim results at the link below: