Dunwoody Readying for the Class 6A State Golf Championships 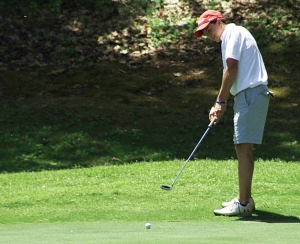 Dunwoody’s Patrick Caiaccio puts during the DCSD County Championships. He and his teammates head to state on Monday. (Photo by Mark Brock)

The Dunwoody Wildcats head to Jekyll Island on Sunday for Monday’s (May 21) 2018 GHSA Class 6A Boys’ State Golf Championships set for 8:00 am at Pine Lakes Golf Club.

Dunwoody qualified for the state championship via its third place finish in the recent Area 3-6A Tournament. The Wildcats shot a team total of 316 finishing behind Johns Creek (299) and Cambridge (302).

Jackson Perry and Patrick Caiaccio led the Wildcat charge as both shot 74 at Area to finish in a tie for third in the individual standings, just three strokes behind medalist Andy Mao (71) of Johns Creek.

Nick Trembath and Cole Pickering both recorded an 84 to tie for 19th to close out the four-man scoring for the Area Tournament.

The Chamblee Bulldogs came up short of qualifying for the Class 5A State Championship, but shot a solid 365 in the Area 3-5A Championship to finish fourth overall behind Buford (320), Flowery Branch (342) and Loganville (361).

The only other full boys’ team to compete in area play was the Lakeside Vikings which shot a 402 to finish ninth in the Area 4-7A Tournament. 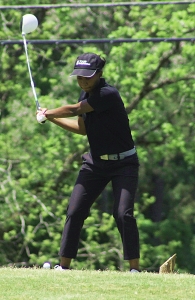 Lakeside’s Kaylee Cornelius swung her way to a DCSD best 13th place finish in area competition. She shot an even 100 in the Area 4-7A Championship.

Girls Area
The Lakeside Lady Vikings were the only full girls’ team to qualify for an area title as they finished eighth in Area 4-7A with a 332 total.

Druid Hills had a pair of girls compete in the Area 3-4A Tournament with both finishing in the Top 25 even though the Lady Red Devils did not have enough to qualify for the team scoring.

Redan’s Kameron Robinson was the only girl to go 18 holes in the Area 3-3A Tournament. Robinson carded a 120 to finish 31st overall in a very tough area tournament.