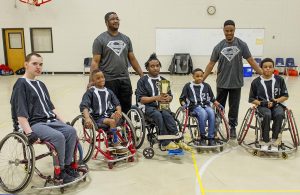 Henry pulled away from the Silver Streaks to take the title and the season series (2-1) with the victory.

DeKalb’s Keith Debosse (Decatur) hit for 9 points to lead the Silver Streaks in the loss. Debosse hit four shots and a free throw to get his final tally. Debosse was joined by Najee Smothers (Laurel Ridge Elementary) who contributed six points. 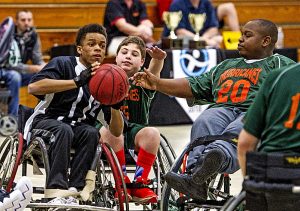 The Silver Streaks have picked up a pair of state runners-up trophies this school year as they also finished second in the Wheelchair Handball State Tournament in fall.

Next up is Wheelchair Football with the Silver Streaks opening the season on Saturday, March 17 as they host the Henry Hurricanes in a doubleheader at Druid Hills Middle School beginning at 11:00 am.