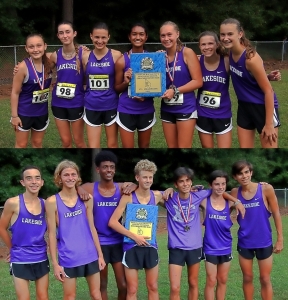 The 2021 DeKalb County Junior Varsity Cross Country Championships were the closest ever first through third finishes as Lakeside took both titles by one point to sweep the event.

Lakeside won its fourth consecutive girls’ title edging out Dunwoody 41-42 with Chamblee coming in third with 53 points to make it the closest 1-2-3 finish going back to the 2005 competition.

Martin Luther King’s Dymond Thompson rounded out the Top 10 with an excellent fourth place finish in a time of 15:20.86. 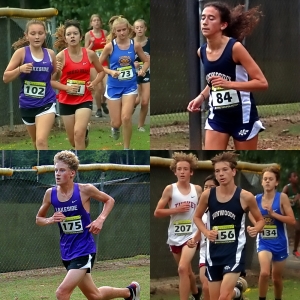 BOYS CHAMPIONSHIP
A 2.01 second advantage provided the Lakeside Vikings a one-point win (68-69) over Chamblee in the boys’ race giving Lakeside a sweep of the junior varsity titles.

The sweep was the first in the Junior Varsity Championships since Dunwoody claimed both titles in 2015.

Lakeside’s Michael Teklu (13:44.23) finished 24th overall just getting past Chamblee’s Gunnar Hagan (13:46.24) who crossed in 26th to provide the difference in the final tally.

Dunwoody’s third place finish of 75 points provided the closest 1-2-3 team finish in records dating back to 2005 as the Top 3 teams were separated by a mere seven points.