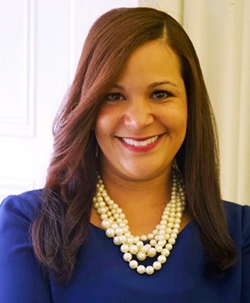 Cheryl Watson-Harris is an exceptional education leader and equity warrior who brings nearly three decades of experience and success to DeKalb County Schools, both in and out of the classroom. She has been and continues to be a champion for children, drawing praise for her innovative leadership style that improves both employee engagement and morale throughout the school system and positively impacts student achievement. Throughout her 26-year career as an educator, administrator and community leader, she has demonstrated outstanding skills and knowledge of teaching and learning, professional development and policy implementation, as well as a collaborative leadership style that consistently strives for excellence.

Prior to becoming superintendent, Watson-Harris served as the First Deputy Chancellor, Senior Director of Field Support and Brooklyn Executive Director for the New York City Department of Education, a position that serves a diverse cohort of 1.1 million students.

As First Deputy Chancellor of the New York City Department of Education, Watson-Harris:

Since joining the New York City Department of Education in 2015, the Department has demonstrated improvement in almost metric, most notably:

A New York City native, Watson-Harris started her teaching career in 1993 in Brooklyn, served as a principal in Boston for 15 years, and was a Network Superintendent for Boston Public Schools from 2013 to 2015 before joining the New York City Department of Education.

Watson-Harris earned her Bachelor of Science in Education from Marymount College in Tarrytown, New York, and a Masters in Education from Harvard University. She is currently a doctoral student at the New York University with an anticipated completion date of 2021, with a doctorate in educational leadership and innovation. Throughout her career, Watson-Harris has always been driven by her belief that every child deserves a great school and has remained unapologetic in her pursuit to ensure all students are set on the pathway to success.