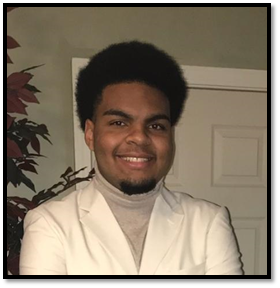 Each year, the USSYP brings the most outstanding high school students—two from each state, the District of Columbia and the Department of Defense Education Activity—to Washington, D.C. for an intensive weeklong study of the federal government and the people who lead it. Due to the pandemic, the 2021 program will be the first-ever fully virtual Washington Week. Brewer will join a 104-student delegation and will each receive a $10,000 college scholarship for undergraduate study.

Brewer serves as president of the Lithonia student body. During his high school years, he has served as class president, class vice president, and student representative. He has helped register his peers to vote, volunteered at phone banks for political candidates, held food and donation drives for underserved people, and volunteered to help social causes.

After majoring in political science and possibly serving in the armed forces, Brewer hopes to become a federal government worker, small business owner, and local political official. He believes this will lead him to his dream and lifetime goal of becoming a United States Senator from Georgia.

The USSYP was created by Senate Resolution 324 in 1962, and has been sponsored by the Senate and fully funded by The Hearst Foundations since inception. In addition to outstanding leadership abilities and a strong commitment to volunteer work, all USSYP student delegates rank academically in the top one percent of their state’s high-school juniors and seniors.