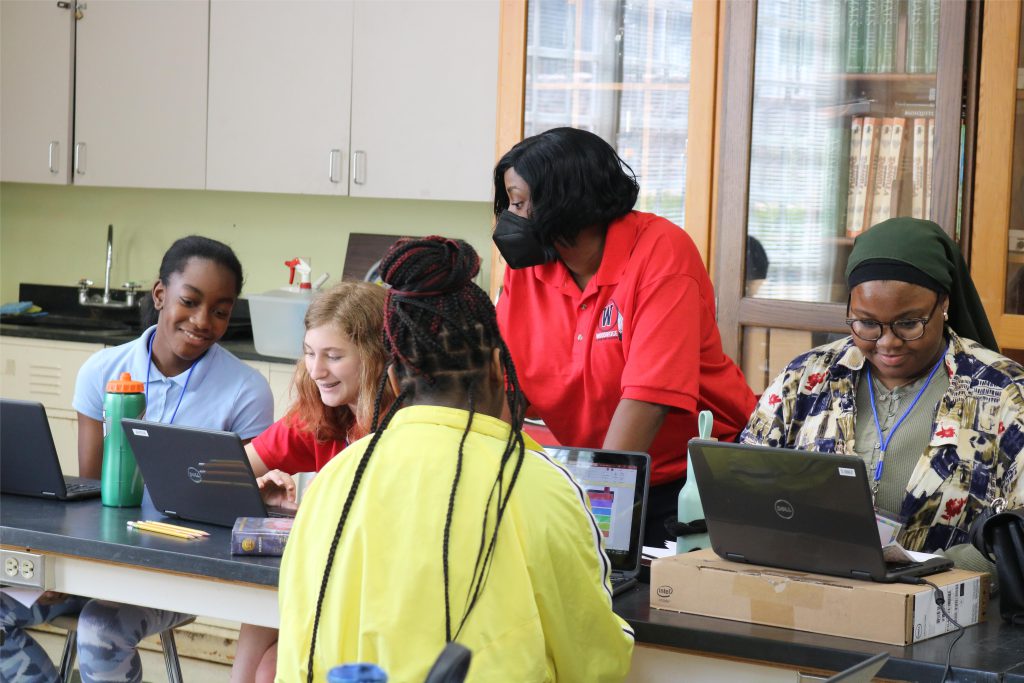 It’s one of the worst kept secrets in science education: Female participation in STEM education (science, technology, engineering, and mathematics) generally- and computer coding specifically- is traditionally low. With that as a motivating challenge, the DeKalb County School District (DCSD) has created an exciting, interactive path to doing something about it.

It’s called Girls Who Game, a summer camp specifically designed for girls to learn more about the opportunities in STEM education through gaming. In partnership with Fernbank Science Center, the District is hosting this free program for girls in grades six through eight. It’s all part of the Girls Who Game initiative that focuses on increasing young girls’ access to technology to prepare them for success in a digital world. The summer camp—sponsored by Dell, Intel, and Microsoft—allows girls to learn through play, focusing on building global competencies and computational thinking using Minecraft: Education Edition.

At this year’s camp, 45 girls are charged with reimagining Fernbank Science Center’s library in the video game Minecraft. In Minecraft, players explore a blocky, procedurally generated 3D world with virtually infinite terrain and may discover and extract raw materials, craft tools, and items and build structures, earthworks, and simple machines. 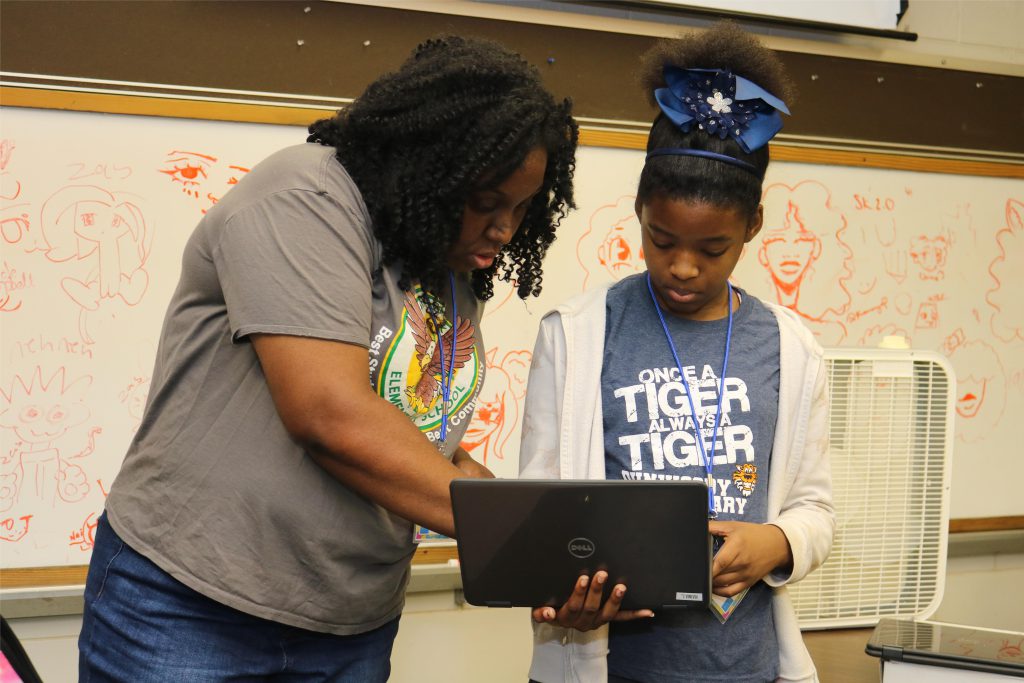 “They’re reimagining the space while actually sitting in the space,” said DCSD STEM Coordinator Andrea Wright. “They’re learning from scientists and other experts about the content knowledge, and then they can take it and apply it to what they’re creating.”

The girls also heard from women in STEM fields about their careers and their journeys, which is an integral component of the camp because it showcases the role of embracing equity in the technical sciences.

“The camp is important because historically and according to the research, girls are underrepresented in STEM. One of the things I feel strongly about is you can’t be what you can’t see,” Wright said. “This allows them to be exposed, in a number of different ways, to women in STEM and experts in their field. Especially being on-site at Fernbank, they get direct contact with scientists, so it’s a more immersive experience.”

According to data from the Integrated Postsecondary Education Data System (IPEDS), women represented 45 percent of students majoring in STEM fields in 2020, up from 40 percent in 2010 and 34 percent in 1994. The Girls Who Game program supports girls in underserved communities by focusing on three pillars—promoting a girl-centric ecosystem to build confidence;
foster interest in STEM and STEM-related fields through the authentic application; and provide mentorship to build leadership at all levels.

Druid Hills Middle School seventh-grader Aset Re, an avid gamer, said the camp has been eye-opening for her. 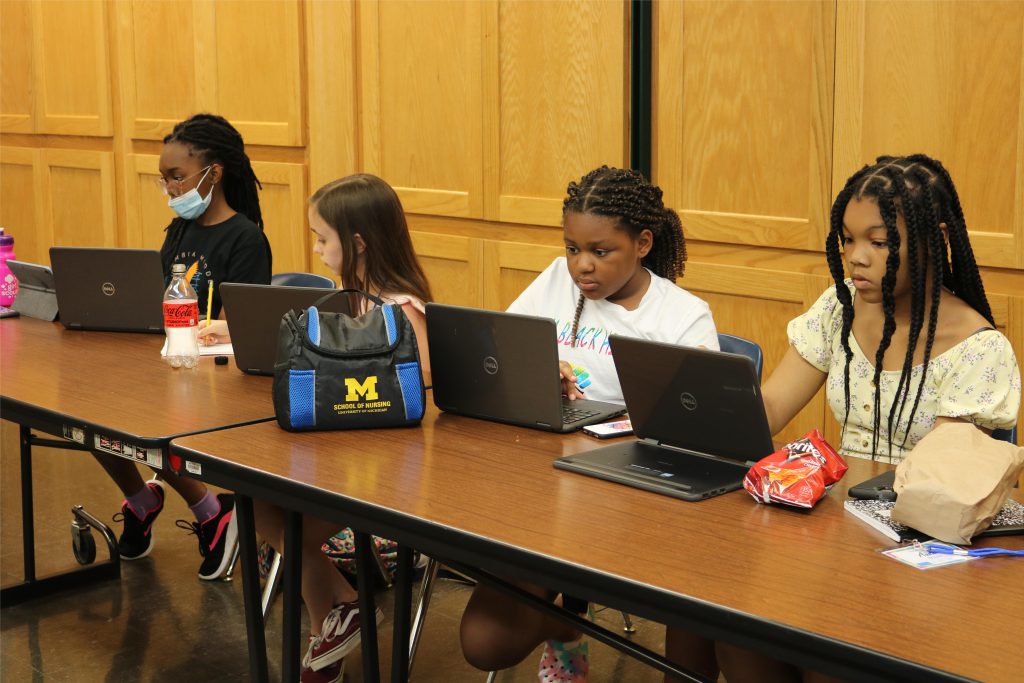 “It has really inspired me to want to do more gaming and coding because the percentage of women, especially Black women, in coding and gaming is low,” Re said. “I want to be able to teach other kids how to do this and hopefully open their eyes because we definitely want to raise the female numbers in coding and technology.”

Re said reimagining Fernbank Science Center’s library in Minecraft has been tricky, but she is enjoying the process. “You have to collaborate and work together as a team to be able to come up with all of these ideas,” she said.

At the end of the camp, the teams will have the opportunity to pitch their Minecraft design to a panel of community judges. Wright said she hopes the camp increases not only the girls’ skill sets but also their confidence.

“I hope they are taking away increased confidence because some of the girls typically come to us shy,” she said. “At the end of the camp, they’re hosting the final event. Every girl has a role, so they see how their contribution is important and how they actually have something to offer.”