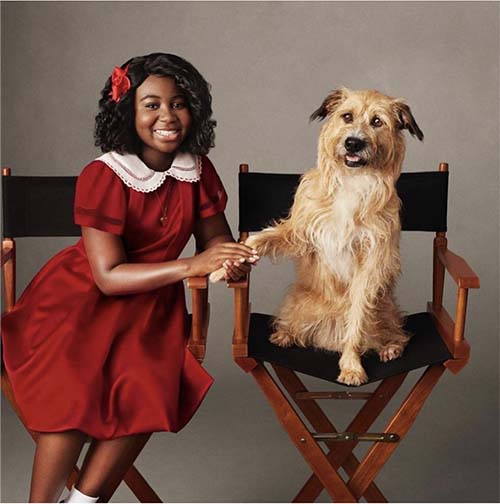 “The Sun’ll Come Out Tomorrow” for one of DeKalb County’s own young stars.

The young star is currently in the series “Tyler Perry’s Young Dylan.” Smith left Wynbrooke Elementary School during the 2018 – 2019 school year to perform and travel with the national tour of “The Lion King,” where she played Young Nala. Wynbrooke visual art teacher Priscilla Adams said what she remembers most about Smith was her smile.

“She was always happy in my art class. She loved to draw,” Adams said. “Celina was like a rare gem; talented all-round. Celina would sing in art class while she worked. I would catch her singing with her friends; she loved to sing.”

Adams said Smith would entertain her and the students during the afterschool program and kept them laughing.

“We were so sad when she left that first semester in 4th grade, but we knew she was destined to do great things,” Adams said. “We are so proud of her.”