‘We might get somebody to fill her position, but it will not be the same’ 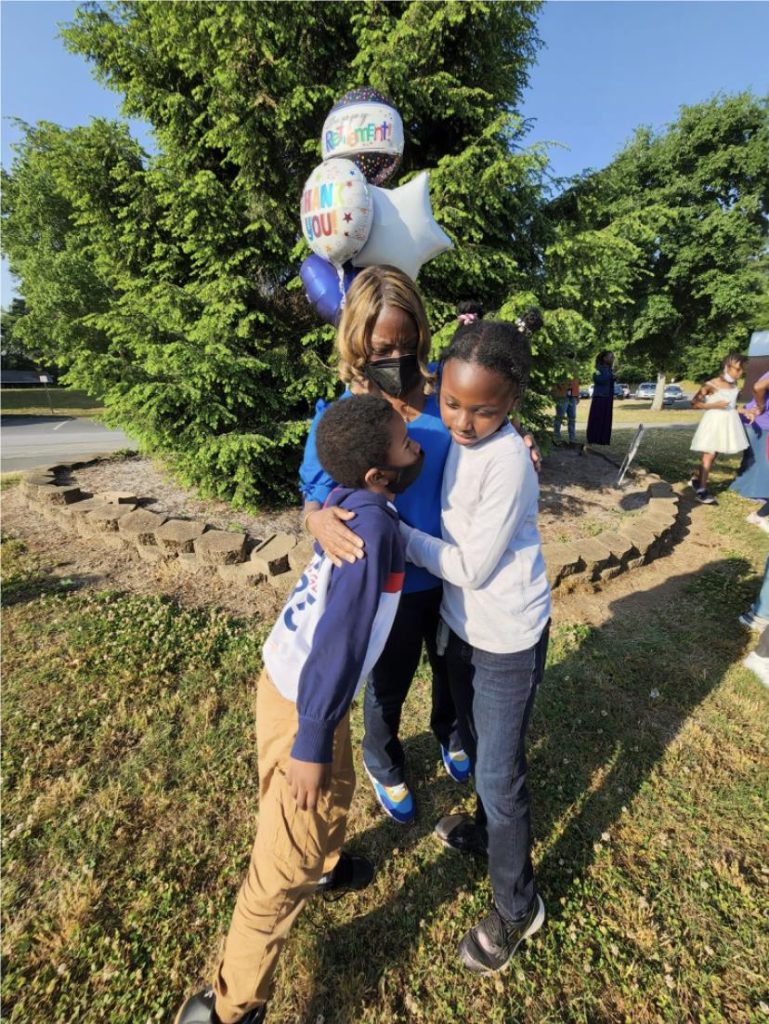 For the first time in 34 years, Mrs. Davetta Grigsby will not be greeting bright-eyed students at Cedar Grove Elementary School with her trademark smile on the first day of school. A beloved and longtime staff member, Grigsby retired in June. By any measure, she made the most of all opportunities presented to her.

In what is a rarity in modern public education, all of Grigsby’s 34 years were at Cedar Grove Elementary School. Coming from a family of teachers, she started her career as a paraprofessional, worked her way to become a teacher, and then a literacy coach. Interestingly, education was a second career for Grigsby, who previously worked as a banker for 12 years.

“I had two small children and decided to go into the school system,” Grigsby said. “I worked as a paraprofessional for some years before realizing I had missed my calling and should’ve been teaching.”

Grigsby returned to school, got her teacher certification, applied for a teaching position at DCSD, and was offered a job at Cedar Grove Elementary.

She has a bachelor’s degree in sociology and a master’s degree in educational leadership. Her eight years in teaching include teaching kindergarten, first grade, and second grade before becoming an early intervention reading specialist and ultimately a literacy coach.

“I realized that teaching children how to read was my passion, so I became a reading specialist,” she said. “Everything that I could have aspired to happened for me right here in DeKalb County Schools. I had no reason to look anywhere else.”

Grigsby has also been a teacher support specialist helping new teachers. She has worked with the district’s Teacher Academy for Preparation and Pedagogy (TAPP) Program and has been a trainer for literacy for the district.

Cedar Grove Elementary bookkeeper Shirley Williams, who has been at Cedar Grove for 27 years, said Grigsby has done much for the school and its community. 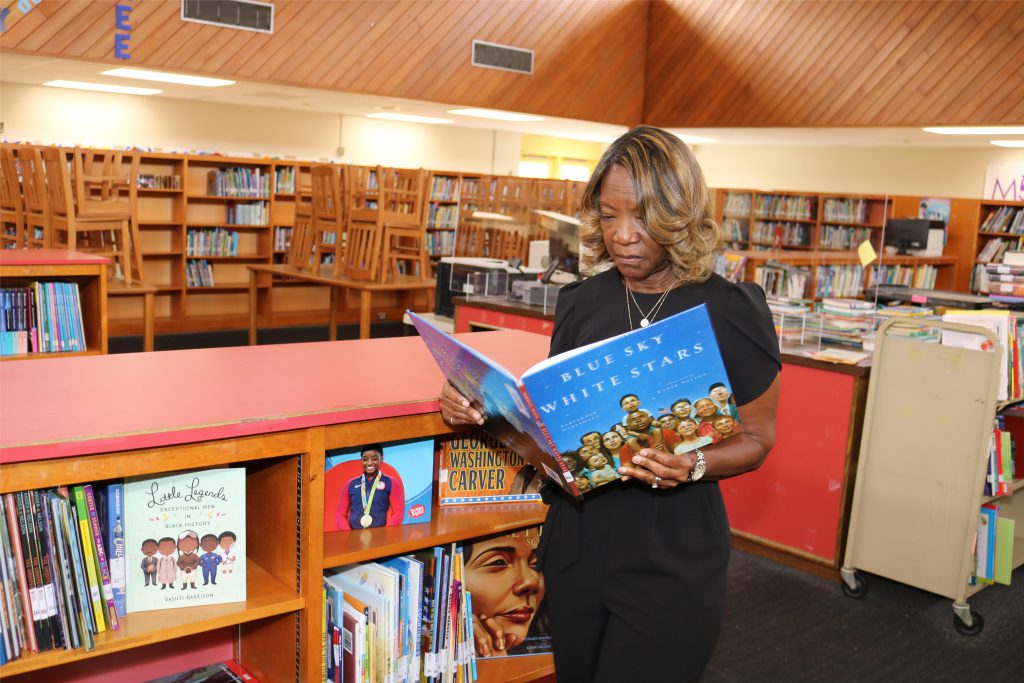 “She taught my three daughters, and they think so highly of her. They’re just as sad as I am about [her retiring] because she had such an impact on them,” Williams said. “They talk about her often. She’s definitely going to be missed.”

The same sentiment was expressed about Grigsby by current and former students, teachers, staff members, and parents during a prep rally the school had on the last day of school to celebrate Grigsby.

“They called it ‘Mrs. Grigsby Day’ and it was such a surprise. I was water the whole day—just full of tears,” she said. “All the students came outside, each grade level did a presentation, and there was music. It was just amazing. My sendoff was absolutely amazing. That evening, they had a retirement celebration for myself and our psychologist, who also retired. The event was absolutely wonderful as well.”

Grigsby said Cedar Grove Elementary and its community is special because of the family-like atmosphere, which she will miss most about the school.

“No matter who comes and goes, Cedar Grove Elementary has a spirit of family, and it’s so special. There’s a camaraderie that happens here, a coming together no matter what,” she said.

Some of her former students are now parents, and she taught their children. Grigsby said it is fulfilling when she sees former students and they tell her how she positively impacted their lives.

“It’s just so rewarding to know that I was able to touch children, help teachers, and serve in this community,” she said. “It lets you know that all of your labor was not in vain and that you helped children along the way.”

Although she has some plans to travel with her husband and relax in retirement, she still plans to stay active in her community and help those in need. She is a board member of the Georgia Association of Literacy Advocates and is actively involved in her church.

“I’m not one to stay at home, so I will keep myself busy and hopefully have some more literacy opportunities down the line to help students again,” she said.

“I’m always up here every summer still working and doing projects, which I’m doing now. When August comes around, and everybody starts returning to school, I’m sure I will have mixed feelings.”

As Williams points out, retirement is a mixture of emotions.

“It’s going to be hard not having her here next year, but I’m happy for her,” Williams said. “It’s sad. We might get somebody to fill her position, but it will not be the same.” 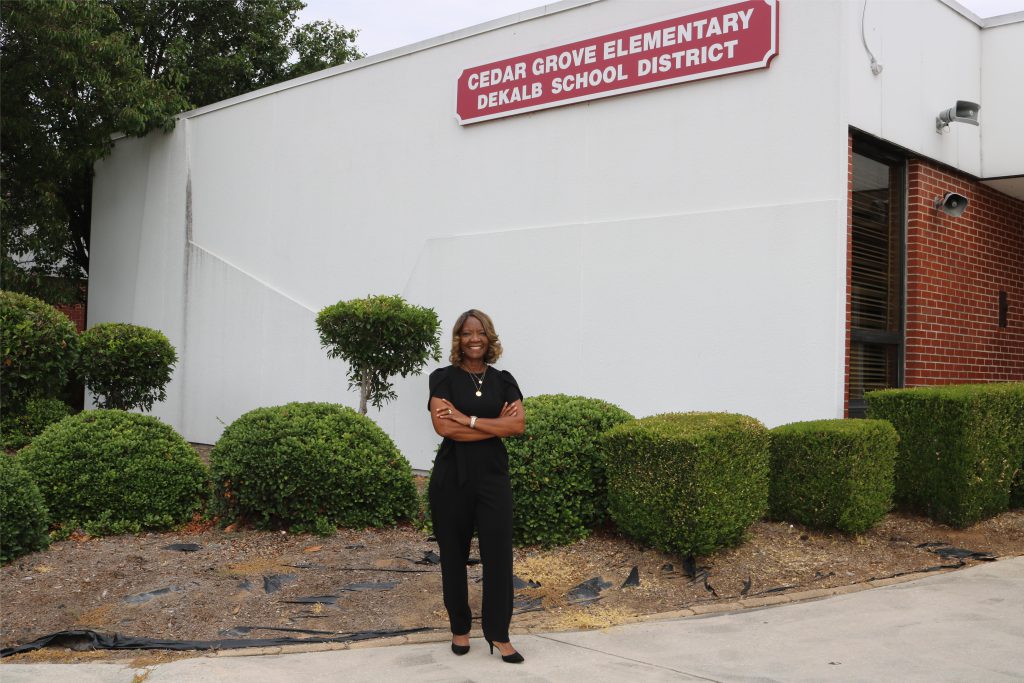