Each student that attended the fair was given a raffle ticket. The raffle winners were awarded certificates at the fair, and the laptops were hand-delivered to each student the following week.

The goal of the college fair was to familiarize students with a variety of area colleges and universities, to give students a chance to obtain informational materials, and to allow students to have an in-depth conversation with college representatives.

The four winners are as follows: 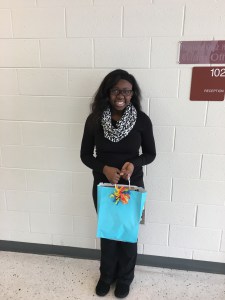