“I didn’t think we would ever get something like this.” 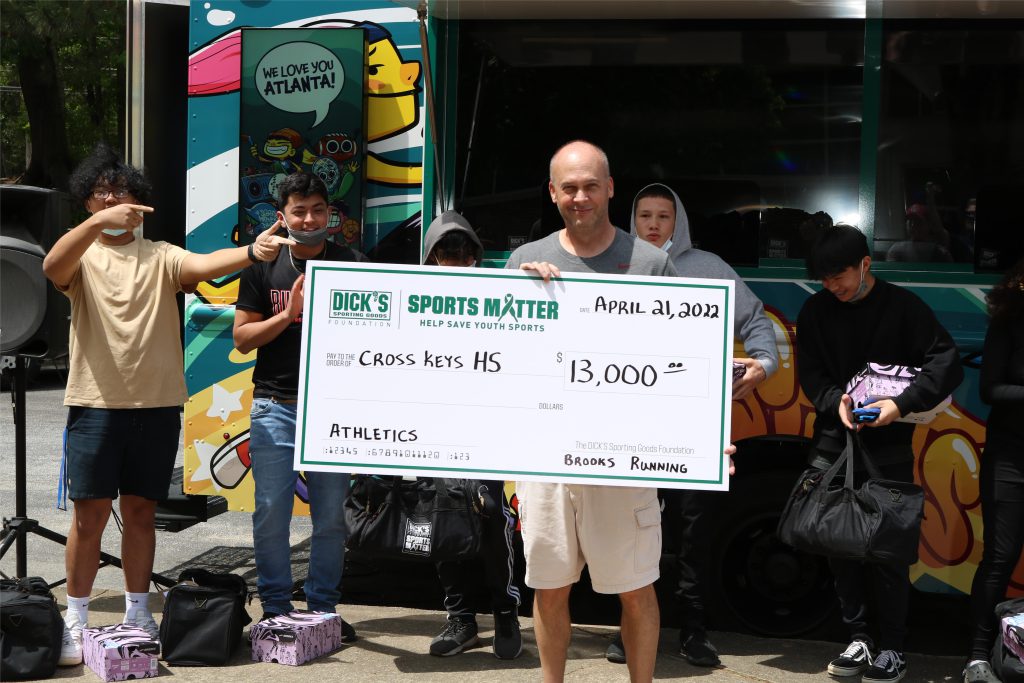 There was no way COVID-19 could keep the athletic department at Cross Keys High School (CKHS) down.

These donations will go a long way in the school’s effort to renew its athletics program, which was negatively impacted by the pandemic. CKHS athletes and coaches believe this incredible donation of athletic apparel and funding from these retail giants will help accelerate that process.

“It went from the notion of getting soccer gear to all the athletes getting gear. They were more than willing to work with us, and it’s a very benevolent gift,” said CKHS Athletic Director and football coach John Bowen.

“We’re in the rebuilding phase with a lot of our athletic teams, and this donation is going to really help us hit the ground running for next season in terms of resources so that the coaches can focus on the fundamentals and skills to get our kids ready. It’s a really generous gift,” Dr. Cunningham said.

Sophomore Jonathan Rodriguez, a member of the football and track and field teams, was amazed by the generous donations. 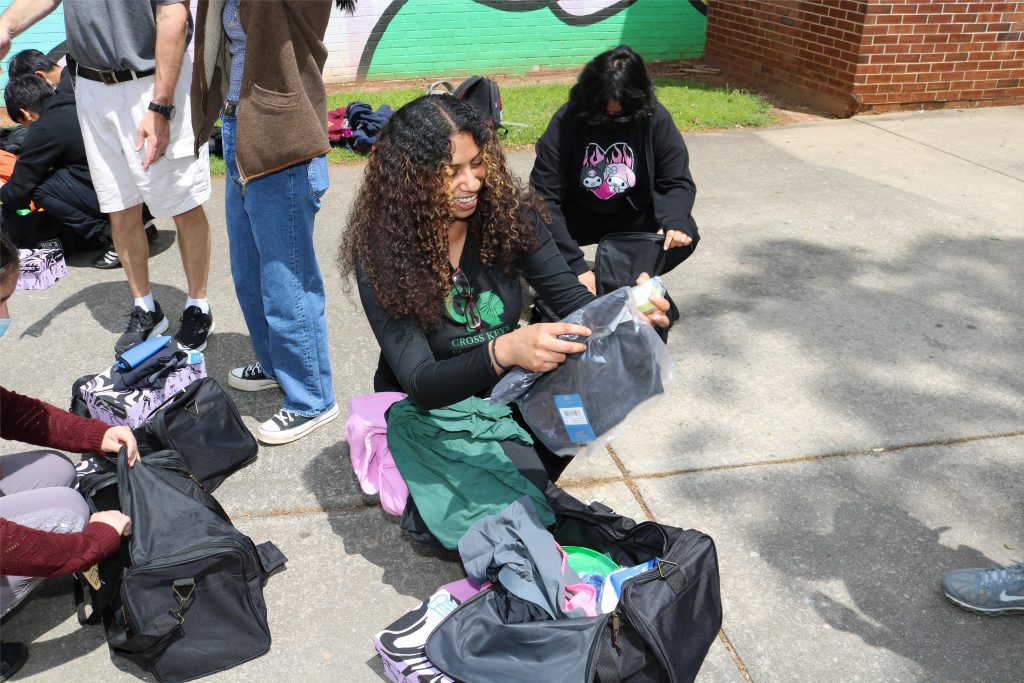 “I didn’t think we would ever get something like this because we’re a minority school,” Rodriguez said. “Seeing that [monetary] donation and all of these items was the best thing I’ve ever seen in my two years here.”

“It’s awesome,” Coach Bowen said. “It lets the kids know that somebody is out there advocating and giving to them and wanting them to succeed.”

With his new gear in his hands, Rodriguez said he plans to work out more.

“I’m going to be coming to our track more often to do some sprints and mile runs to get set for next season,” he said. “Hopefully, it’s a better [season].”