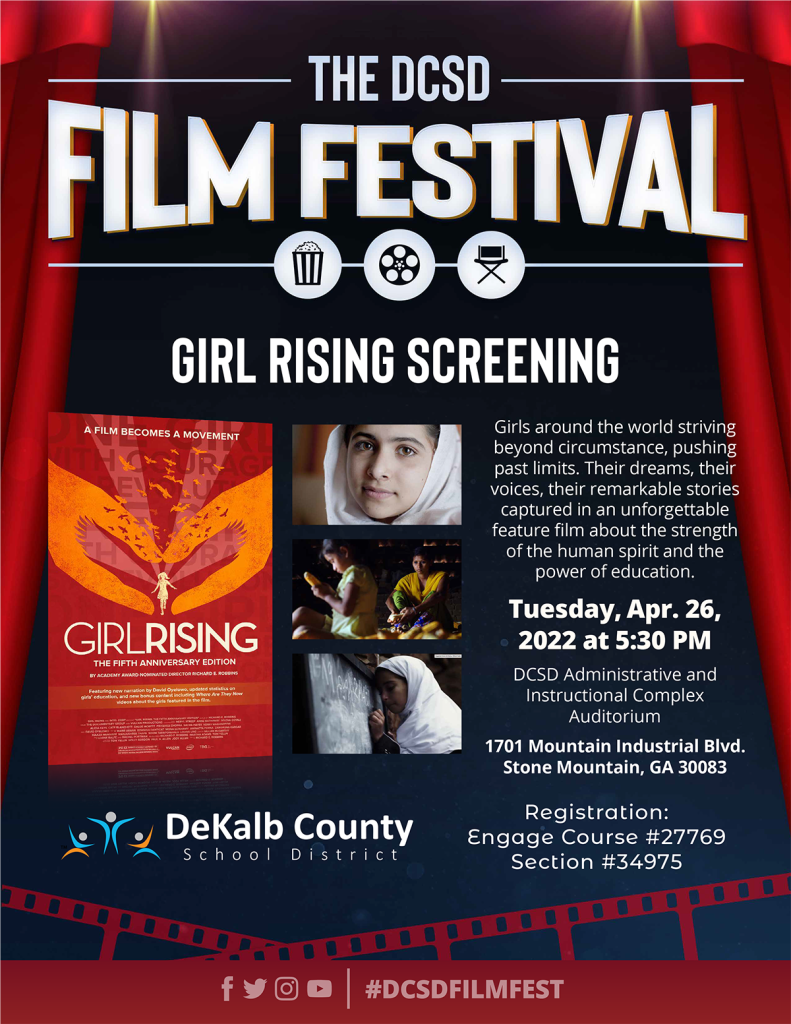 The four films included in the festival are Chasing Childhood, College Behind Bars, Push Out: The Criminalization of Black Girls in Schools, and Girl Rising (April 26, 2022).

Chasing Childhood addresses today’s highly charged world of structure and more. Throughout these different stories, a central question emerges: How can we eschew harmful parenting strategies and empower our kids to become their most fully realized authentic selves?

Rehabilitation and education begin with the renewal of one’s mind and are at the heart of the College Behind Bars film. College Behind Bars showcases the transformational power of education through the life stories of individuals who earn college degrees from BARD College while concurrently serving time in prison. Viewers will be inspired by the evolution of a dozen formerly incarcerated men and women who not only attain college degrees but also seize a second chance to become the best versions of themselves.

Push Out: The Criminalization of Black Girls in Schools (March 16, 2022) is a feature-length documentary that takes a close look at the education, judicial, and societal disparities facing Black girls. Inspired by the groundbreaking book of the same name by renowned scholar, Monique W. Morris, Ed.D., the documentary confronts ways in which the misunderstanding of Black girlhood has led to excessive punitive discipline which in turn disrupts one of the most important factors in their lives—their education.

Airing dates are as follows:

In addition to the four films being displayed, a live panel discussion will take place after each film.