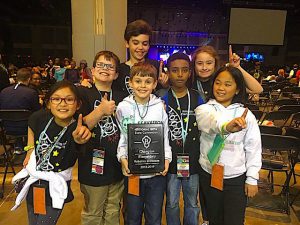 One DeKalb County School District (DCSD) is taking its talent on the road – and earning big accolades in the process.

Though Briarlake Elementary had one of the smallest teams, and were competing against thousands of top-talent students from across the state, the Junior Beta Club Team’s 15 students placed in a number of noteworthy categories.

Students who placed well in the November competition have the option to compete in the Junior Beta National Competition taking place at the Cox Convention Center in Oklahoma City, Oklahoma in June 2019.