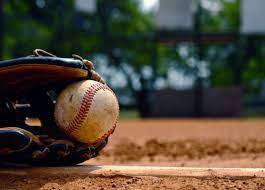 DeKalb has hosted a Senior All-Star Baseball Classic for 19 seasons and has come together with Atlanta Public Schools to showcase some of the top senior baseball players from each district in a head-to-head matchup.

Each squad is made up of 15 players for the contest. DeKalb features players from eight different schools and Decatur including Arabia Mountain, Chamblee, Druid Hills, Dunwoody, Lakeside, Redan, Southwest DeKalb and Tucker. All nine teams reached the state playoffs this past spring.

The DeKalb squad is being coached by Redan’s Alexander Wyche who just led the Raiders to a runner-up finish in Class 3A. He is assisted by Arabia Mountain’s Eric Hoxie who won his 200th game this past season while coaching the Rams to a Class 4A state tournament appearance.

The APS team is coached by Maynard Jackson’s Desmond Stegall whose team reached the Class 5A state tournament this past spring. He is assisted by Therrell’s Ryan Christian who coached the Panthers to a Class 2A state tournament berth.

Admission to the event is $7 and tickets are available on GoFan only. You must purchase online.

See link below for the team rosters: