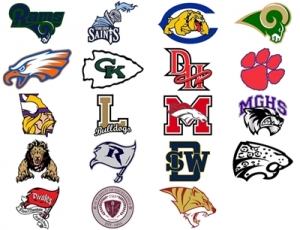 The annual DCSD Junior and Senior All-Star Baseball Classics return June 1 after being cancelled in 2020.

The annual DeKalb County Junior and Senior All-Star Baseball Classics return on Tuesday, June 15 (GHSA Dead Week Delaying Game a week and rain postponements) after being cancelled in 2020 due to the pandemic.

Dunwoody High School plays host to the two games featuring the top juniors and seniors from across the county. The 12th Annual Junior All-Star Classic opens the day at 4:00 pm with a nine-inning affair to showcase the Top 30 Juniors from across the 19 DeKalb County high schools and Decatur.

The 2019 Junior game was a blowout win of 15-5 by the West over the East. The West leads the series 5-2 since the implementation of the East/West format in 2013. The West has won the last two matchups.

The Junior Classic was first a North vs. South series with the North holding a 3-1 advantage in the four games beginning in 2009.

Stephenson Head Coach Timothy Jones heads the East squad and will be assisted by Arabia Mountain’s Eric Hoxie and should send out a strong hitting lineup.

Redan’s Jason Avila was second in the county with a .481 batting average that included 22 RBI, 6 triples, 4 doubles and 3 homeruns on the year. Southwest DeKalb catcher Sadir Ryan has a strong resume at the plate hitting .418 with 24 RBI and 6 doubles on the season.

Stephenson’s Michael Wright drove in 19 runs on the season and Tucker’s Andre Hunter drove in 20 runs with 10 doubles and 2 homeruns.

Lakeside’s Brian Granger heads the coaching staff for the West and will be aided by Dunwoody’s Chan English which has some offensive firepower of its own with five players with over 20 RBI on the season.

The East won the 2019 edition of the Senior game 5-2 to pull within a game in the series led by the West 4-3. Juston Jordan was the East MVP and Chamblee’s Travis Hammond won the West MVP award.

The hitting lineup is led by Redan’s Addrain McNeal who hit .450 with 22 RBI and 6 triples on the season and Arabia Mountain’s Mitchell Hall (.400, 11 RBI). Stephenson’s Kameron Taylor adds a .392 average, 21 RBI and 5 triples to the lineup while Tucker’s Joshua Waller had 12 RBI and 6 doubles on the year.

Several different pitchers will be called up for the East as they battle to hold down the West bats.

Lakeside’s Zaylan Washington had 33 RBI along with 10 doubles and 3 homeruns. Dunwoody’s Gabriel Hernandez knocked home 21 runs during the season. Decatur’s Cole Turner had a DeKalb County Dugout Club leading 34 RBIs while hitting .369 and was 7-2 on the mound with 74 strikeouts.

See links below for All-Star rosters/records: