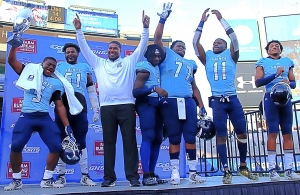 Arabia Mountain (Region 5-5A) and Cedar Grove (Region 5-3A) were each selected on their merit in exhibiting exemplary sportsmanship this past school year.

The two schools set an example for all DeKalb County athletic programs and are to be congratulated for the combined efforts of the school administrations, coaches, athletes and fans.

“Congratulations to all of the region winners of the GHSA Cooperative Spirit Sportsmanship Award for 2019-2020,” says Dr. Robin Hines, GHSA executive director. “It is an honor for these member schools to be selected by their regions for this 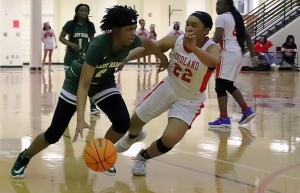 award. The characteristics of good sportsmanship are critical to the development of our young people as they transition into productive adults. The GHSA applauds our schools on this accomplishment and appreciates Georgia’s EMCs for their support of this outstanding recognition program.”

Since 2006, the GHSA and Georgia’s EMCs have sponsored the Cooperative Spirit Sportsmanship Award which reinforces the GHSA philosophy: “Students, athletes, coaches, spectators and all others associated with high school activities programs should adhere to the fundamental values of respect, fairness, honesty and responsibility.” Schools winning this award are thus honored for displaying exemplary sportsmanship during competition throughout the school year.

Student athletes, fellow students, school staff, parents and event spectators are recognized for the sportsmanship they display. The award is not only a school honor, but a community honor as well. The GHSA region secretaries select winners based upon sportsmanship demonstrated throughout the school year.

Cooperative Spirit Sportsmanship Awards are presented annually to the GHSA-member high schools in the 56 regions from the seven classifications by EMC representatives during fall athletic events and school assemblies.