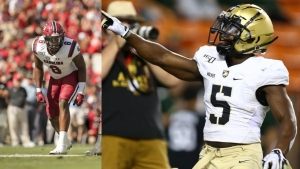 The Atlanta Journal Constitution reported 4,488 former Georgia high school football players on college rosters in the fall of 2019, including 254 from DeKalb County Schools.

All 19 DeKalb County School District high school programs had at least one player on a college football roster this past fall led by Tucker which had 39 to lead the county. Tucker (Class 6A) tied with Colquitt County (Class 7A, Gwinnett Co.) for 9th in the state with the number of players on college rosters. 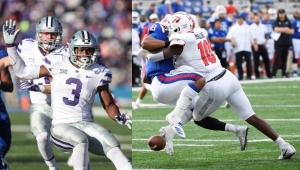 Stephenson was next in line for DeKalb with 37 players on rosters to take the 12th spot in the state. Cedar Grove (Class 3A state champions in 2016, 2018, 2019) was third in the county with 32 players currently on roster and tied for 17th overall in the state with Central Gwinnett and Class 2A Hapeville Charter.

Class 5A Arabia Mountain, the newest football program in the county, is fourth in the county and 28th in the state with 26 players to give DeKalb four teams in the Top 30.

See link below for list by school of DeKalb players on college rosters in 2019: