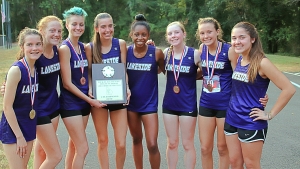 Freshman Ellie Skelton led the Lakeside Lady Vikings to a second consecutive DeKalb County Cross Country Championship in a down to the wire 33-37 win over the Dunwoody Lady Wildcats on Tuesday at the Druid Hills Middle School course. 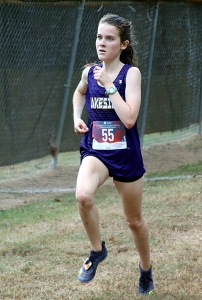 Druid Hills, which finished third, was the last program to finish in the Top 2 in the team standings besides Dunwoody or Lakeside with runner-up finishes in 2009 to Dunwoody and 2008 to Lakeside.

See link below for complete results: