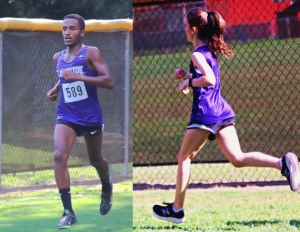 Lakeside’s Mikias Mekonen and Ellie Skelton won individual titles to lead Lakeside to a sweep in the opening run of DCSD Cross Country this week at the Druid Hills Middle School course. (Photos by Mark Brock)

Mikias Mekonen picked up where he left off at the 2018 DCSD County Cross Country Championships with a blistering time of 16:46.30 to lead the Vikings to a win in the opening meet of the 2019 season.

Mekonen, who won the 2018 individual county title, got out to a quick start this week and never looked back.

Lakeside finished with a team total of 33 points to edge Chamblee (39) with Tucker (82) in third and Dunwoody (84) fourth.

Despite having sophomore Eli Scruggs (21:31.20) finishing 13th the Bulldogs came up short as the Vikings four top seven finishes combined with sophomore Evan Leahy (21:32.40) taking 15th overall were able to pick up the victory.

Dunwoody sophomore Ethan Archibald took second in 19:09.10 and Tucker sophomore Abedelemejid Kerebo finished in 2):54.30 for ninth overall to round out the Top 10.

Lakeside made it a clean sweep in the first race of the day as the Lady Vikings took the first seven spots to outduel Chamblee 15-50 as a group finished with five seconds of each other. 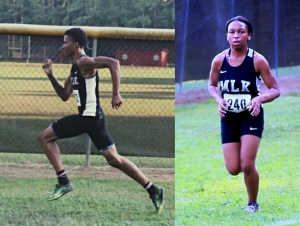 The Martin Luther King Jr. Lions took the first five spots on the way to a 15-50 win over Lithonia in the boys’ second race of the day.