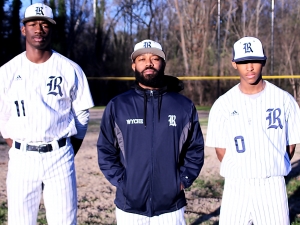 The Redan Raiders rallied late in their deciding game in their Class 3A best-of-three series at Morgan County on Thursday for a 13-11 win to move into the high school baseball playoffs Sweet 16.

Redan had taken an 8-5 lead in the fourth inning only to fall behind by a score of 9-8 heading to the fifth as both teams’ offenses were dominant throughout the series that featured 58 runs.

The Raiders (21-11) came out of the fifth inning with five runs and led 13-10 heading into the final two innings.

Redan held on for the 13-11 win to advance to next Thursday’s (May 2) Sweet 16 matchup with No. 9 ranked Fannin County (23-6) which swept its opening series with Haralson County 9-1 and 15-0. The time for the doubleheader will be announced at a later date.

In Class 6A action, the Stephenson Jaguars dropped their third and deciding game at home against Lee County 8-0 to end their season.

Southwest DeKalb (18-4), which reached the Sweet 16 with its sweep of Clarke Central at home on Wednesday, will play host to No. 10 ranked Riverwood (23-3) which had to go three games to advance against East Paulding. The doubleheader on Thursday will be at 2:00 pm. The third game, if necessary, will be played on Friday with a time to be announced.