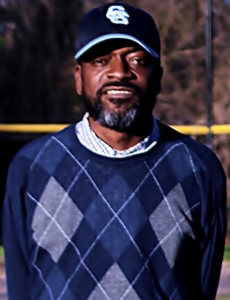 It was a banner week on the local baseball from last week, as six teams posted undefeated records and one coach reached a coaching milestone.

Lavato Byrd registered his 100th victory as head coach at Cedar Grove in a 13-3 decision over Columbia March 8.

Chamblee, Druid Hills and Lakeside led the way with 3-0 marks each.

Coach Pete Bartlewski and the Druid Hills Red Devils were equally dominant, romping past the likes of Clarkston (15-3) March 5, McNair (18-1) March 6 and Cross Keys (23-0) March 8 by the cumulative tally of 56-4 in moving to 4-5 overall on the season.

Redan led a trio of 2-0 showing among DeKalb teams. Coach Alexander Wyche’s Raiders stormed past Grady (19-4) March 4 and then gained revenge on Ringgold to the tune of 14-3 (March 7). Ringgold is the team that knocked Redan out of the state playoffs in the first round in 2018.

Coach Timothy Jones and the Stephenson Jaguars rolled to Region 4-AAAAAA triumphs over Forest Park (18-3) March 6 and Charles Drew (2-0) March 8 to remain undefeated overall at 6-0 and a perfect 2-0 in the region.

Dunwoody received a strong pitching performan ce from senior Jack Caiaccio in a 5-3 victory over North Atlanta March 7. Caiaccio struck out eight and allowed five hits, three runs and two walks over six innings to garner the mound decision. Senior Joe Carter paced the Wildcat offense in the contest, going 2-3 with one run scored and one RBI. The Wildcats picked up another Region 7-AAAAAA triumph in a 5-2 victory over Northview March 9. Senior Will Forth struck out four and allowed only one earned run and four hits over four and one-third innings to take the pitching decision. Junior David Julian went 2-4 with one run scored to shine brightest on the offensive end.