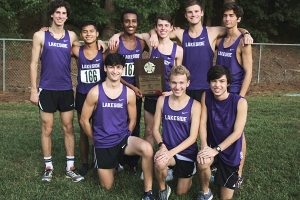 Lakeside put together the first sweep of the DCSD Varsity Boys and Girls Cross Country Championships since the program completed the feat in 2011 in competition at the Druid Hills Middle School course on Tuesday.

The win was the Vikings 32nd overall and their first repeat title performance since 2011 and 2012 as DeKalb held the event for the 55th season.

Junior Mikias Mekonen blistered the trail with a time of 16:35.90 to win the top individual boys’ award by 53.70 seconds. His time was the best since Phillip Burks of Southwest DeKalb clocked a 16:34 in 2005 to capture the title. It was also the fastest time recorded time at the Druid Hills Middle School course this season as well as the fastest in DeKalb County meets this fall. 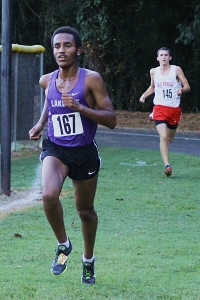 Lakeside’s senior Mark Rotolo (18:16.00) finished 15th to clinch the victory for the Vikings.

Third place Druid Hills was led by senior Carter Rathur (17:29.70) with a silver medal finish. Chamblee senior Bennett Solomon grabbed sixth place in 17:40.80 to round out the Top 10.

It was Lakeside’s Head Coach Rick Barbe’s 11th boys’ title since taking over in 2005 and third in the past four seasons. 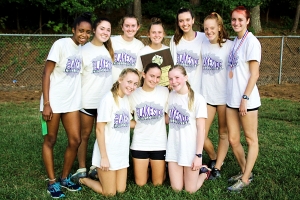 Girls Varsity Race
The girls were running for the 43rd time and the Lady Vikings pulled out a 32-42-47 win over defending champion Dunwoody and Druid Hills in the highly contested race at Druid Hills Middle.

Lakeside senior Emma Hanson (20:32.30) won the girls’ individual gold medal by 14.9 seconds over Dunwoody junior Anna Mothner (20:47.20) as the pair put up the top two fastest girls’ times this season at any of the DeKalb meets. 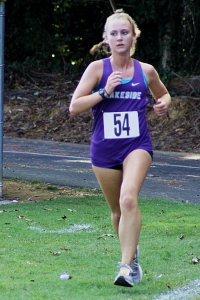 Druid Hills’ battle for second came up short despite having three runners finish in the Top 10 including freshman Sophie Shephard (21:04.70) in third for the bronze, junior Genevieve Ferrara (22:04.80) in fifth and junior Asena Anderson (22:42.50) in ninth.

The win was Lakeside’s 17th title including two of the last three championships. Coach Rick Barbe picked up his fifth title for the Lady Vikings.

Dunwoody finished as the runner-up for the seventh time to go with its eight championships, including seven of the last 10.

See the full results for the 2018 DCSD County Cross Country Championships at the link below: