Carson Picks Up Second Win of Season to lead M.L. King to Victory 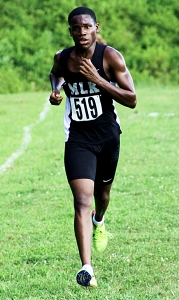 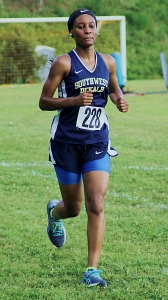 Carson clocked a time of 22:04.60 to finish almost eight second ahead of Stephenson senior Donald Griffin (22:12.30) who had led at the halfway point of the race.

The Lions finished with 18 points to Cedar Grove’s 66 with five runners in the Top 10 to finish.

The girls’ opening race of the day did not have any team scores, but Southwest DeKalb senior Lanee Edwards crossed the finish line first in 26:06.20.

The second varsity race at Arabia Mountain ended in a sweep of the boys’ and girls’ meet by Druid Hills.

In the girls’ race, Druid Hills reeled off the first nine places of the race in outdoing Tucker 15-50 in the win.

Check out the Druid Hills Middle School course next Tuesday, September 4 as it will play host to a pair of boys’ and girls’ varsity races and a junior varsity boys’ and girls’ race beginning at 5:15 pm.

SEE FULL RESULTS AT LINK BELOW: