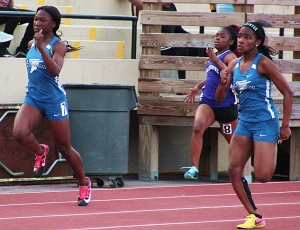 Both Stephenson junior varsity track teams finished third a year ago before coming back to sweep the titles in 2018 at Godfrey Stadium recently.

The Lady Jaguars roared to a 122-95 win over defending champion Miller Grove with last year’s runner-up Arabia Mountain in third with 91.

The Lady Jaguars also picked up four more second place finishes and two bronze on the way to the title.

Miller Grove used a 1-2 finish in the shot put by Marlynda Douglas (27-04.00) and Hannah Thompson (27-02.00) and the gold in the high jump by Nasya Gilliam (4-10.00). The Lady Wolverines also collected four silver medals and one bronze to aid their second place finish.

The boys’ championship was much closer with Stephenson (81) holding off Southwest DeKalb (71) and Arabia Mountain (70) to complete the sweep for the Jaguars. 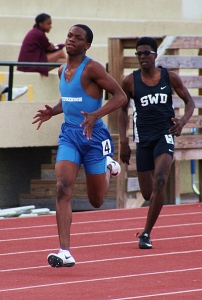 Tucker finished fourth in the overall standings backed by a gold by Jeremiah Vann in the high jump (5-08.00) and Lorenzo Lawrence in the shot put (38-03.50).

Chamblee freshman Thomas Burgett claimed the gold in the 3200 meter run by almost 43 seconds with his time of 11:20.65.

See link below for complete results from the 2018 DCSD JV Track Championships: