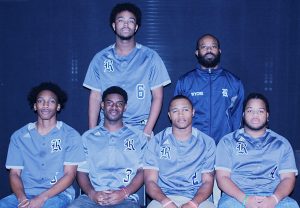 Redan shined brightest among five teams that posted perfect records in the opening week of the 2018 season. Coach Alexander Wyche’s Raiders used superior pitching to roar past Westlake (5-1) Feb. 13, Alexander (10-0) Feb. 17 and Kell (3-2) Feb. 17 by the combined margin of 18-3 in an impressive 3-0 start.

Three pitchers combined for a five-hitter and 10 strikeouts over seven innings in Redan’s 5-1 triumph over Westlake. Sophomore Donye Evans picked up the victory, allowing one unearned run and striking out three over three innings. Seniors Taj Bradley (2 IP; 4 SO) and Kameron Marshall (2 IP; 3 SO) teamed up for seven strikeouts to finish up the decision.

The Raiders then posted 10 more strikeouts in a 3-2 decision over Kell Feb. 17 to close out the week, with Bradley fanning seven in five scoreless innings to pick up the victory. Evans (1 IP; 1 SO) and senior Kelvin Smith (1 IP; 2 SO) also turned in solid results on the mound.

Coach Eric Hoxie’s Arabia Mountain Rams served notice of another strong season, pounding out 16 runs in both ends of a doubleheader while taking care of Westlake (16-11) Feb. 17 and Mays (16-0) Feb. 17.

Arabia Mountain followed up with 16 more runs in a 16-1 decision over Mays later in the day. King (2-3; 2 RS; 2 RBI) and senior Josh Campbell (2-2; 3 RS; 2 RBI) paced the plate effort, while senior Jordan Sterling allowed one hit and struck out one over two innings to pick up the pitching decision.

Southwest DeKalb pulled out a tough 3-2 decision over Grady Feb. 13, as senior Jeremy Hatchett led the way both offensively and on the mound. Hatchett went 2-4 with one run scored and one RBI at the plate and struck out five while allowing only two hits and two walks over 5 1/3 innings to secure the pitching triumph.

Cross Keys wasted no time ending the scoreless drought that covered the entire 2017 season, erupting for six runs in a 10-6 loss to Best Academy Feb. 16. Freshman Calan Goins went 1-2 with one run scored to lead the individual charge, while senior Dennis Lin scored two runs and added one RBI and one stolen base.

Freshman Isaiah Palmer produced the lone offensive highlights for Miller Grove in a 6-0 loss to Newton County Feb. 15, finishing 2-3 with one stolen base. Seniors Laydoffas Hooper (5 SO) and Gerald Bess (3 SO) combined for eight strikeouts over six innings in the defeat. Senior Zandon Finch (2-3) delivered two of Miller Grove’s four hits in a 10-1 loss to St. Pius Feb. 17.