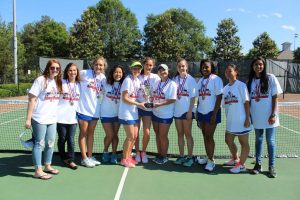 Schools honored showed exemplary sportsmanship during the 2016-17 school year in their play on the athletic fields and courts across the state.

Chamblee was named the Region 5-5A Cooperative Spirit Award winner. The Bulldogs garnered the Class 5A girls’ tennis title, a first for the school with a 25-0 record, along with a state runners-up finish in girls’ swimming.

Included in the awards for the 2016-17 school year was the DCSD All-Sports Award which Chamblee won for the first time.

Region 5-5A is made up of all DeKalb teams including Arabia Mountain, Clarkston, Columbia, Cross Keys, Lithonia, Miller Grove and Southwest DeKalb. 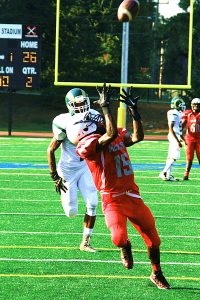 McNair picked up the Cooperative Spirit Award in the tough Region 5-3A that includes DeKalb teams Cedar Grove, Redan, Stone Mountain and Towers along with Lovett, Pace Academy and Westminster.

McNair also competed in the boys’ state track meet. The Lady Mustangs put together a Top 10 finish in the DCSD County Gymnastics Championships.

“Congratulations to all of the region winners of the GHSA Cooperative Spirit Sportsmanship Award for 2016-17,” says Dr. Robin Hines, GHSA Executive Director. “It is an honor for these member schools to be selected by their regions for this award. The characteristics of good sportsmanship are critical to the development of our young people as they transition into productive adults.”

Since 2006, the GHSA and Georgia’s EMCs have sponsored the award, which reinforces the GHSA philosophy: “Students, athletes, coaches, spectators and all others associated with high school activities programs should adhere to the fundamental values of respect, fairness, honesty and responsibility.”

The award is not only a school award, but a community honor as well.